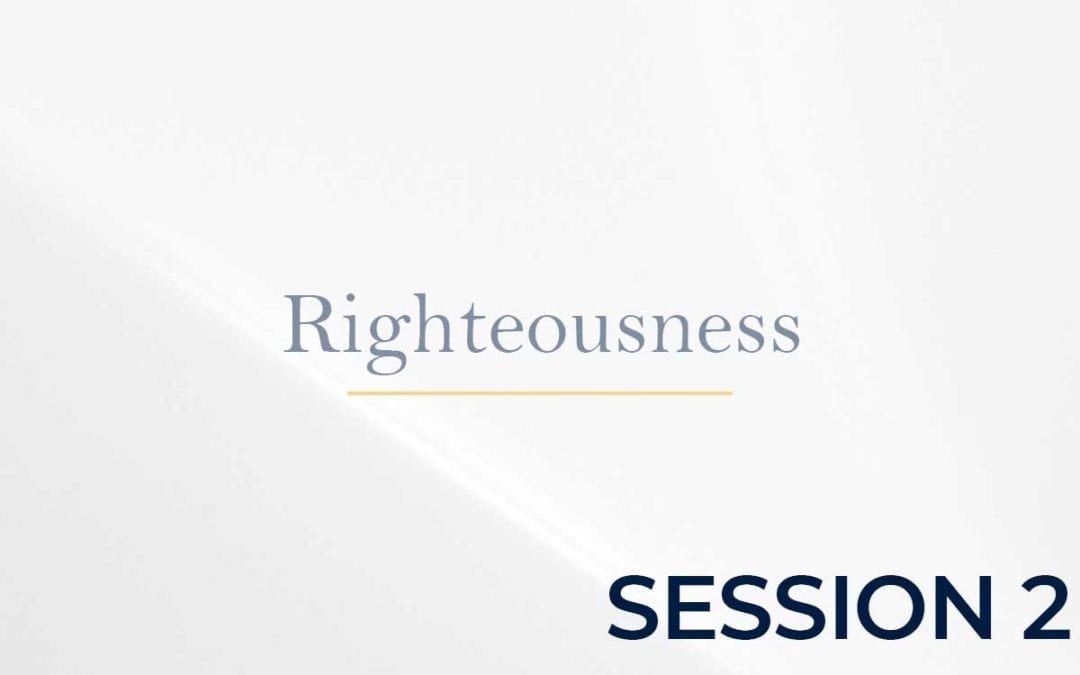 God is looking for a corporate man in the earth by which he will judge the earth, and that man is the Church.

In the previous session, we were introduced to the series on Righteousness. In session two we are taught about the proliferation of unrighteousness and the need to raise up a righteous standard in the Church. It is righteousness that exalts a nation. God is pleased with us when we choose to live by His standard of righteousness, which is Christ. We also study the example of Righteous Noah and how he was saved from the judgment of God.

The Days of Noah – A Picture of Unrighteousness

In the days of Noah, the earth was filled with wickedness and hedonism at extraordinary levels. People pursued pleasure and self-indulgences as the normative culture. They lived for self-gratification. Because of the prevailing godless and sinful lifestyle, God determined to judge the earth. Therefore, God Judged the human race. By failing to fulfill their predetermined purpose, that is to represent the image and likeness of God, there was no purpose for them to continue in their depraved way of living.

It is righteousness that exalts a nation. God is pleased with us when we choose to live by His standard of righteousness, which is Christ. Click To Tweet

The Genesis 6 narrative describes the sinful condition of the world. God determined to destroy it by water. However, there was Noah and his family who lived righteously. Therefore Good waited for a hundred twenty years for Noah to build an Ark to survive the judgment before he sent the Flood.

In the post-flood period, Noah together with his wife and three sons and their wives (eight people altogether), became the architects and the pioneers of the new human race. Through the three sons of Noah emerged the most definitive tribes or nationalities in the earth. They became the founding fathers of continental nations. Out of Japheth’s lineage emerged the European nations; from Ham, the African nations, and from Shem, the Middle Eastern nations also called the Semitic races. God chose to preserve righteousness in the earth through Noah and his family.