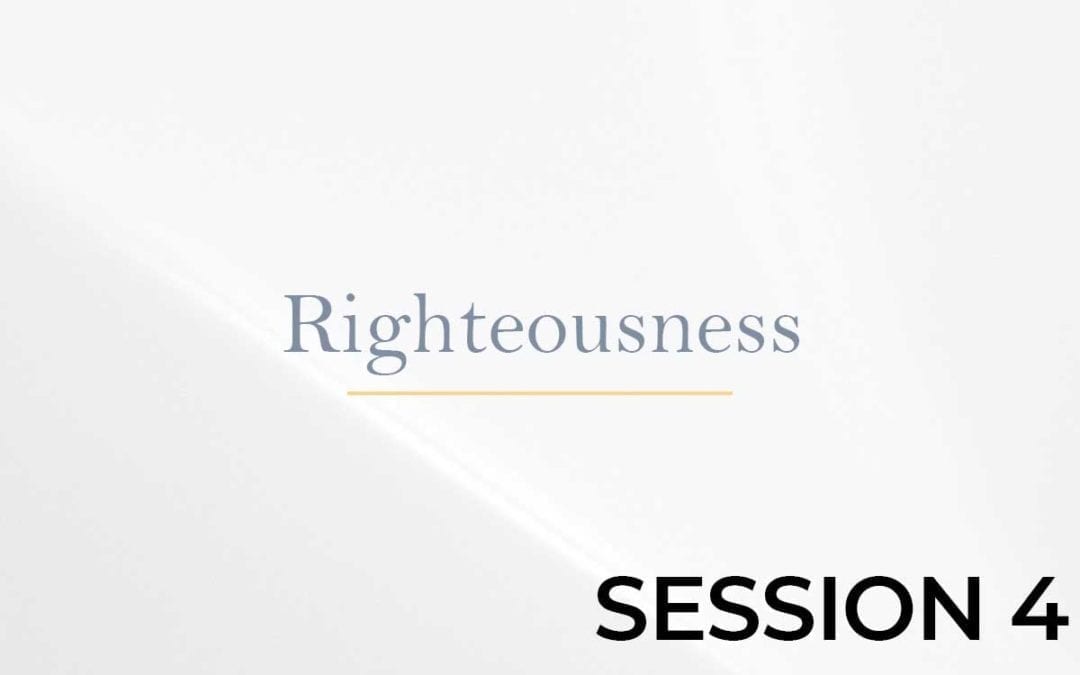 There is a common misconception and misinterpretation of the scripture that makes some believe that because they have accepted Jesus Christ as Lord and savior, they are the righteousness of God.

Righteousness has to do with conduct

“These things I write to you, though I hope to come to you shortly; but if I am delayed, I write so that you may know how you ought to conduct yourself in the house of God”

Righteousness has got to do with our personal conduct. It is a way of life. Hence, as explained in previous sessions, the word righteousness cannot be understood purely as defined in a dictionary, neither can we understand the essence of righteousness through doing a word study on it. Righteousness is simply to live by divine design. This eternal design was pre-determined by God long before He created the human race. In other words, before God put His breath into the formed man and placed him in a garden within a region called Eden, God already expected man to conduct himself in a certain pre-determined way. Adam and Eve, however, chose to conduct their lives according to the lust of the flesh, the lust of the eye, and the pride of life. Such conduct is contrary to the conduct that God determined for man to live by. The expectation of God our Father,  is that he wants us to be like Him in our conduct and in our representation of Him. So God, who is invisible, had to make a visible example of righteousness in the earth. And this is the example He gave us, “God was manifested in the flesh.” The eternal seed became a human body. That immediately tells us that God-likeness can take place in a human body, and the supreme example of this is that God chose to exhibit Himself in a body, in the person of Jesus Christ.

The things you pursue in your flesh are the things that will separate you from God. Click To Tweet

Righteousness is a process.

Theology has presented us with two terms to describe righteousness from a theological perspective. The first of these is ‘Imputed Righteousness’, which means that when one accepts Jesus Christ, one is then translated out of the kingdom of darkness and one enters into the Kingdom of our Father God. The result of that imputation is that we are brought into a legal position of sonship.