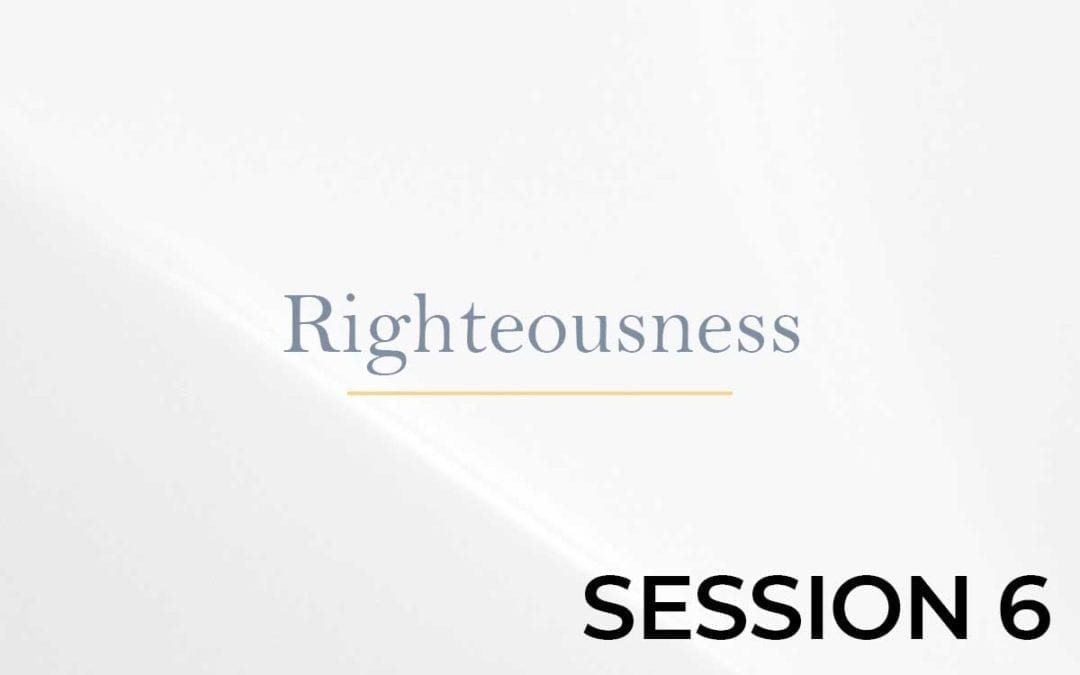 Righteousness comes when you believe with your heart, not with empty thoughts.

Pastor Thamo begins session 6 by reminding us that thus far in the series, he has been laying the doctrinal and theological foundations to this very loaded subject called Righteousness. There is both a positional and a functional dimension to the definition of righteousness. The positional dimension is that, in Christ, you are legally positioned as a constituted member of the family of God. This is known as the Doctrine of Justification. The functional dimension of righteousness demands that we start to live as the children of God in a manner that articulately expresses the stature and the dignity of the family that we now belong to. That is called the Doctrine of Sanctification.

The Holy Spirit Convicts us of Righteousness.

Righteousness Preserves us in Times of Judgement.

The earth is about to be judged with great judgement but righteousness will exalt the people of the Lord. God is permitting some extremely extraordinary things to take place in the earth as systems and governments in the earth are experiencing confusion, corruption and failure. In the midst of severe judgement God expects of His church to come up to the standards that He has designed us to function by and if we do not comply to a righteous standard then we will be judged no differently to every other person that is not in compliance with that standard.

Our journey into righteousness starts with a simple belief system. We must believe the Word of God, and we must believe that are a son of God. Belief increases the measures of grace in your life, and when grace is added righteousness becomes the standard by which you live. The patriarch, Abraham is a biblical case study in point, showing us how belief is translated into righteousness. Genesis 15:6 tells us that Abraham believed God and it was accounted (credited) to him for righteousness. This means that whilst Abraham took many decisive actions such as leaving his father’s house to dwell in a tent, and letting go of his flourishing merchant business, it wasn’t his actions that was accounted to him for righteousness, but his belief. In other words, God did not measure Abraham by his works, God measured Abraham by the disposition of Abraham’s heart.