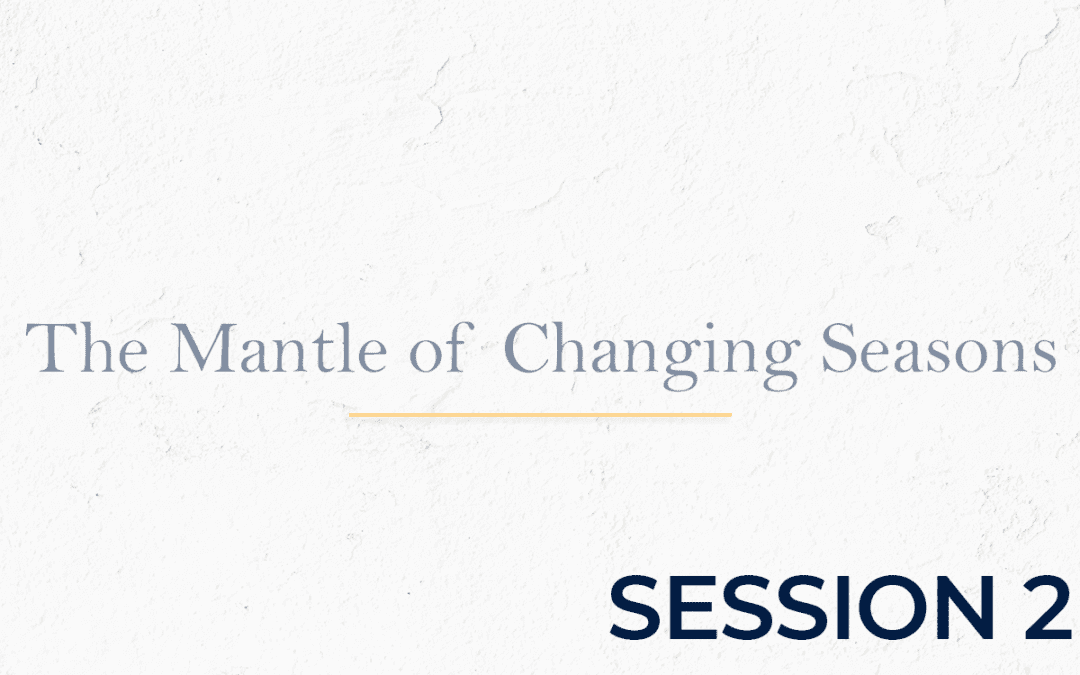 A changing season is characterised by a changing leadership. The fundamental principle is that whatever God does, He does it through leadership, but in that leader an entire people is represented.

How the Kingdom of God Advances

This session commences with a brief exposition on how the Kingdom of God advances. Two metaphors used to describe the Kingdom of God is the mustard seed and yeast. The Mustard seed is small but given the right conditions, the mustard seed can grow into a large tree. Similarly, a little yeast can cause the entire lump of dough to rise. Like the mustard seed, and the yeast that causes the dough to rise, the Kingdom of God grows and advances through the principle of ‘upgrade’. This means that the Kingdom starts at an insignificant and obscure place, but goes through processes of upgrade in every eon or   period of time until it reaches its fullest expression. Each period of time is called a season in God. The ‘upgrade’ takes place through the process of metathesis whereby in each season principles are transferred with greater revelation to the next season.

Leadership in a Changing Season

A changing season is characterised by a changing leadership. The fundamental principle is that whatever God does, He does it through leadership, but in that leader an entire people is represented. When God comes to a house, He stands at the door and knocks, and if the man of the house, i.e. the head of the house, the ruler over that family, invites Him in, only then will God enter in. In other words, God does not do anything without working through those who lead us. If leaders don’t hear God, their people suffer. An example is Achan, whose disobedience brought judgement not only upon himself but on his entire family.

In the Bible, the symbol of leadership is a stick or a rod. In the context of the mantle of changing seasons, we will see how God uses these rods (leaders) for a particular season, and when that season ends God will use another rod for another season. Similarly, the word for tribe, as in the 12 tribes of Israel, when translated from the Hebrew language, means stick. Therefore, when God looks at us He does not just see us as a company of many people, but God sees us as one stick, as one weapon in His hand. Because God is not into individualism, even though he knows each one of us by name, God sees us as one people group represented in a leader. Therefore, the twelve tribes were like twelve instruments in the hand of God.

After more than 400 years as  slaves in Egypt, God raised a man in the person of Moses to lead the Israelites of Egypt. Moses led the Israelites out of Egypt and through the 40 years of wandering in the wilderness, but at the time of crossing the Jordan to enter into the promised land, God had to raise up another leader, in the person of Joshua to lead His people. Joshua then led the people through many battles against the enemies of Israel only for himself to reach a point where he could not lead the people any further, and the mandate for Kingdom advancement was handed to the tribe of Judah.

The Pentecostal, the Charismatic, and the Apostolic – 3 Seasons in God.

In this session Thamo starts to unpack the first of these 3 seasons which is equates to the Levitical anointing. The third son born to Jacob through the womb of Leah was Levi. Leah named this son Levi which means to connect or to attach. It was Leah’s hope that through Levi she will be attached to Jacob. The grace configuration of Levi, however, was to connect not Jacob to Leah in the natural, but to connect heaven to earth, and to join God to a people through the priestly anointing.

The anatomy of the Levitical anointing will be continued in session 3 of the series.