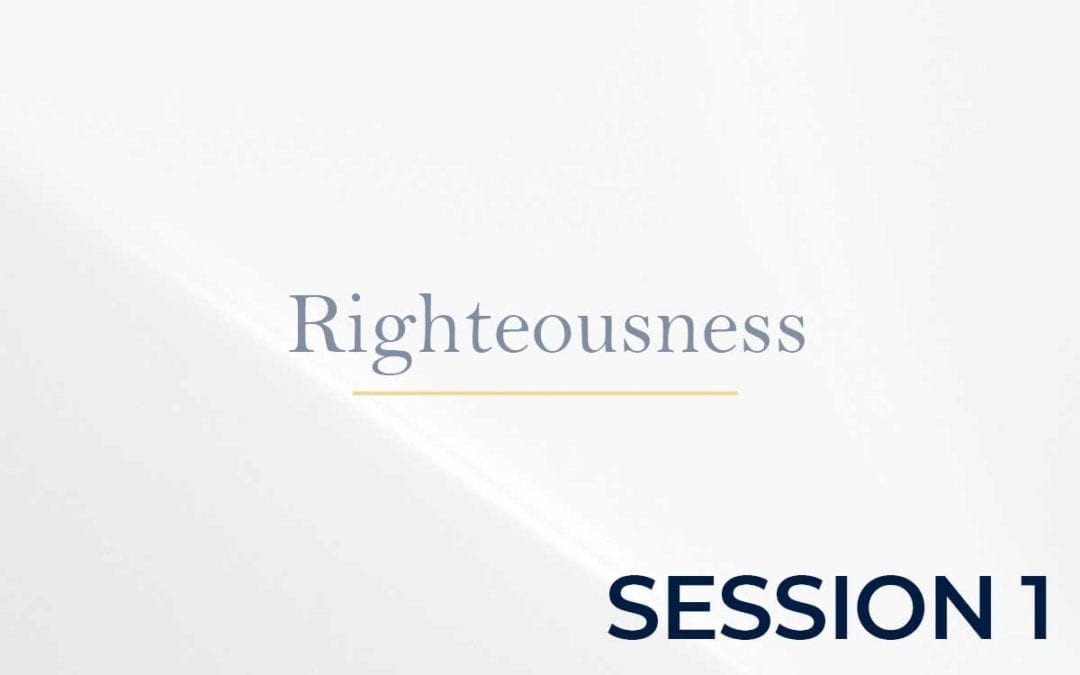 In a nutshell, this series postulates righteousness as that state of existence designed by God for the creation and function of the Church, the Body of Christ.

The Need for Righteousness

God wants to restore righteousness to His Church. When righteousness is restored, the holy nation will be exalted. Proverbs (14:34) says, “Righteousness exalts a nation: but sin is a reproach to any people.”

The Standard for Righteousness

We read in Isaiah 28:17, “Also I will make justice the measuring line, and righteousness the plummet; the hail will sweep away the refuge of lies, and the waters will overflow the hiding place.” This verse refers to judicious and meticulous divine standards by which everything built in the church would be measured. Our standard and pattern for righteousness is Christ, the perfect man. In this teaching we learn that If the believer is in Christ, and lives according to the pattern and measure of Christ, then that is the standard by which everything on earth will be judged. Therefore, God judges the world by first seeking out a corporate man of righteousness.

We are taught that Righteousness is more than ‘right living’.  Many of us live in a free world in which the ideology of liberty promotes the idea of everyone doing whatever seems right in their own eyes. Freedom of choice has made some people do whatever they want to. Accordingly, these argue in favour of a preferred lifestyle even if it is forbidden by the Scriptures.  As a result we find that the church is not really living by righteous standards but rather flawed ‘right’ standards. The Bible reminds us in Proverbs 14:12, “There is a way which seemeth right unto a man, but the end thereof are the ways of death.” The Church of Jesus Christ must awake to righteousness (1 Cor 15:34), which means living by the standard and measure of righteousness, that is, Christ Jesus.

The Word of God is The way to Righteousness